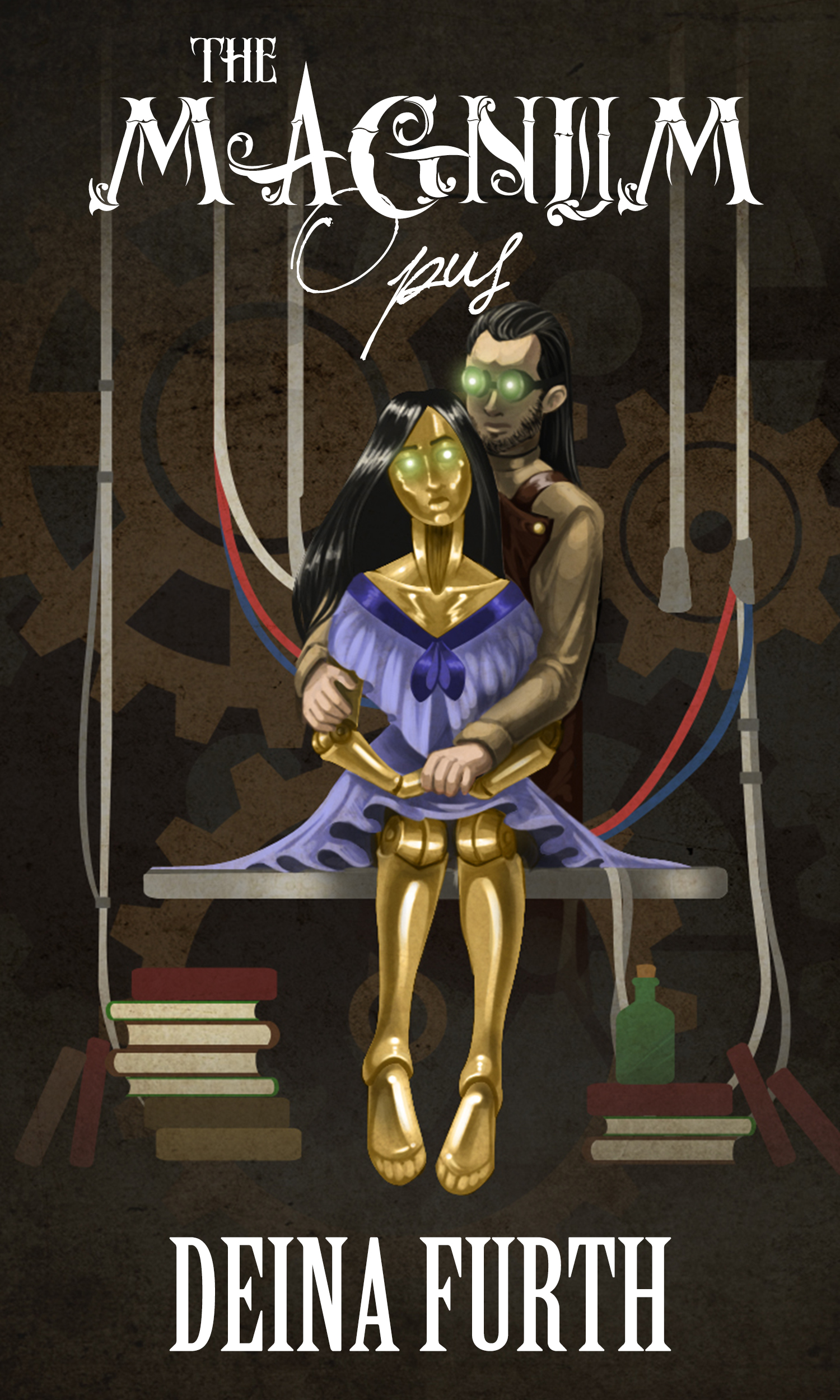 Creating the perfect companion is Rastigan’s dream–perhaps even his obsession.

For years, he has tinkered and planned, pouring his heart into his work as intensely as he poured scotch into his glass. But every machine that he built fell short of his expectations. His work completely consumed his thoughts and time, leaving him a homebound hermit with nary a connection to the outside world. As the years pressed on, Rastigan seemed doomed to live out remainder of his life as a solitary eccentric who found companionship only with his favorite brand of booze.

Then he creates Evangeline.

She far surpasses anything he’s ever built in terms of complexity, intelligence, and of course, beauty. She’s his most lifelike invention to date, and to him, she is perfect in every way. He’s spellbound by her…

Until she begins to develop her own desires, that is–desires that leave Rastigan out of the picture.

In a desperate attempt to distract her, Rastigan gives Evangeline even more pretty gifts and lavish displays of affection. He isn’t ready to give up on his dream of companionship just yet.

However, when Evangeline uncovers a dark secret that Rastigan thought he had buried in his past, he begins to question if his obsession with his magnum opus has gone too far…